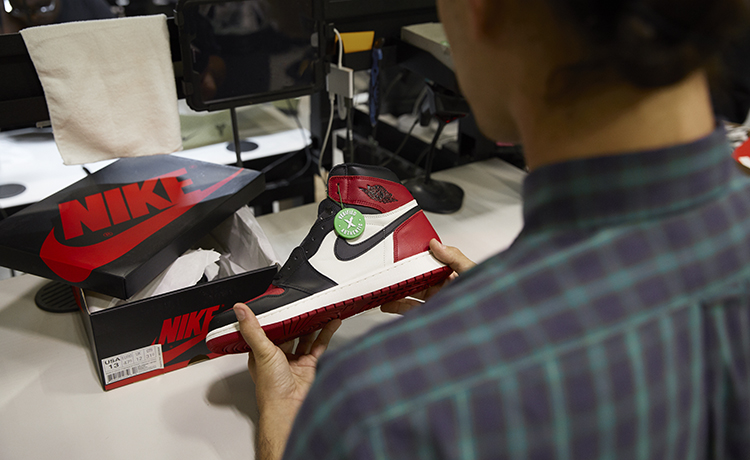 The streetwear tradition of limited-edition ‘drops’, coupled with the increased importance of the secondary market, is bringing added hype to the high street.

A couple of years ago a New York Times journalist joined the snaking line outside the Supreme store in Lower Manhattan, New York to gauge the mood of young skatewear obsessives and concluded that, for a younger generation increasingly turning its back on bars and clubs, queuing up is the new going out.

Supreme has since opened a bigger store around the corner on the Bowery to cope with demand, while outposts in San Francisco and Brooklyn have joined a scattering of select stores across the globe, including one in London’s Soho and six in Japan.

Online, direct-to-consumer selling remains at the core of the company’s business, but it’s those long queues that have piqued the interest of retailers looking to inject a bit of excitement back into bricks-and-mortar.

Just last month there were long lines outside the Wembley branch of Ikea, on the outskirts of north London. Like the Supreme crowd, those braving the overnight chill to claim first dibs on Ikea’s limited-edition collaboration with founder of fashion label Off-White and Louis Vuitton menswear artistic director, Virgil Abloh, shared a yearning for exclusive product.

“People want their identity to come through in all aspects of their life, so we wanted to explore if we could help them also make that statement in the home,” says Ikea’s creative leader for communication, range and supply, Linda Fisti.

Make Extra $1500/Month Passive Income With Affiliate Marketing For FREE! *PROOF [Case Study]
Prepare for the Worst, Hoping for the Best
Tim Cook Says Apple ‘Must Do More’ to Combat Racism
Why Making Money Shouldn’t Be Your Only Goal in Life
7 BEST High Ticket Affiliate Marketing Products ($400+ Per Sale)